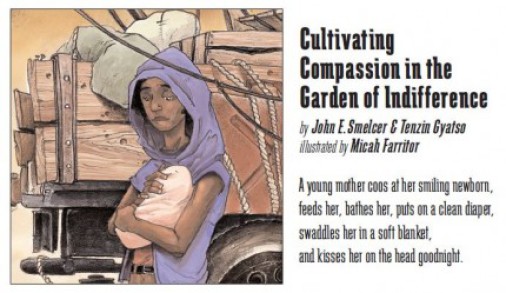 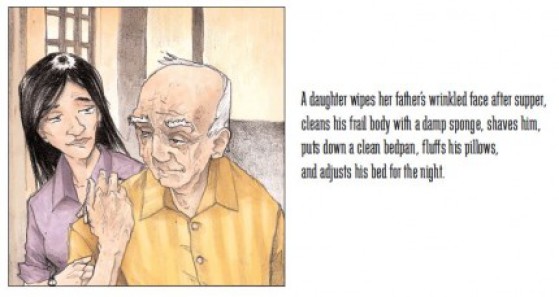 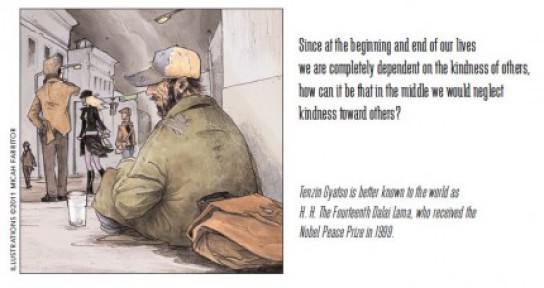 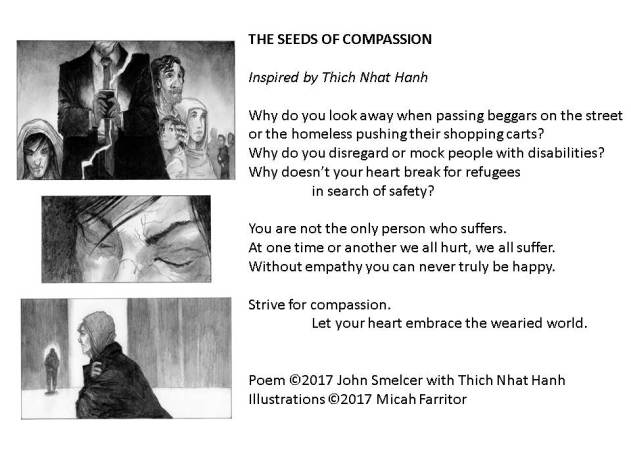 I try to write
the story of my life
but the words swim
backwards on the page.

So, I tear it up
toss it into the river
where the pieces turn
into a school of salmon—
the first ever
to return to the sea.

Someday, I will no longer

will turn to rags,

and straw will no longer be gathered

as bedding for my grief.

Until then, I will be a weed

so tenacious even fire can't defeat it.

says some people have in utero memories

I have liquid memories

from when I was inside

of my mother. I remember

her singing to me softly,

when she walked in sunlight,

and all the times my father screamed

how much he didn't want me

to be born. I remember, too,

waiting inside my mother,

so that I wouldn’t slide out naked

into the hands of my father’s hate.

Catherine Has-Some-Books sat on a rock
talking to Johnny Looks-Too-White about Shakespeare.

“Hamlet must have been Indian,” she said,
“because everyone was out to get him.”

“Romeo must have been Indian,” he said,
“because white people never let their daughters marry Indians.”

“Lear must have been Indian,” they nodded,
“because he lost everything in the end.”

They held each other as the sun abandoned the reservation,
certain that Shakespeare must have been Indian.

I never want to leave this land.
All of my ancestors are buried here
listening to riversong
from picket-fenced graves
their wind-borne spirits
linking past and present:

When I finally fall to pieces
this is where my pieces will fall.

HOW RESERVATIONS GOT THEIR NAME

White government official comes out to see
land selected for Indian resettlement;
looks around, scratches his head, says,
“I don’t know. I got some reservations about this place.”

A COLD FRONT SETTLES
IN THE VALLEY

Sixty below zero all week.
The truck won't start,
dogs won't go outside,
and even the sharp-pointed stars
are too cold to move.

All we do is sit
inside the candle-lit cabin
counting long arctic nights
in our dreams
and waiting along
with the bears and trees
for spring.

THIS IS JUST TO SAY

After a poem by William Carlos Williams

A note tacked to a tree in Indian country

We’re sorry
but we need
your land
so green, so green

Although I am a nobody
on a wintered field
writing lines to poems
no one will ever know,
I do not fail to cast a tiny shadow
on the snow.

SPRING ON THE YUKON

An old man standing on a riverbank
watching icebergs float downriver,
like polar bears swimming to the sea.

Smiling, he waves goodbye to them.

ON FEET OF CLOUDS

in the frosted meadow

outside my cabin door.

("On Feet of Clouds" in the Ahtna Athabaskan) 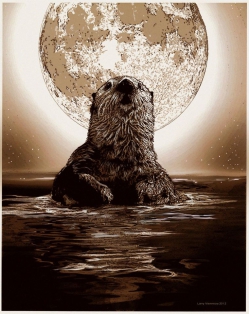 All of the pews on the groom’s side were full of his relatives —
parents, aunts and uncles, cousins, brothers and sisters, and all
of their collected families.
The bride’s side was empty.
But she was beautiful in her long, white gown. She had dark brown
hair, almost black eyes, and she was slender. Sleek even. No one knew
much about her. She had no family and no job. The groom’s father had
to give her away. But what she lacked in history, she made up for in love.

She loved the young man standing before her, softly holding her hands,
and he loved her with all his heart.
“I do,” the groom said, loud enough to be heard in the back row.
Within minutes the wedding was over, the handfuls of rice tossed, and

the pews emptied.
“How much do you love me?” the new wife asked as they drove away

to their honeymoon two counties over.
“Honey, you know I love you more than anything,” the man replied,

leaning over to kiss her.
“Would you give up your job to be with me?” she asked anxiously.
“Baby, that’s crazy,” the man said with a smile. “We gotta live.”
The young wife didn’t speak for a while.

Sensing her hurt, the husband tried to make amends. “Sure, honey.

I’d do anything to be with you. Hell, we can live on love.”
“Do you promise?” she asked, smiling, her dark eyes gorgeous in
the sunset. “Oh, do you promise to love me no matter what?”
She reached over, took his free hand and held it tight.
“Sure,” he replied. “No matter what.”
Several miles later she spoke again.
“Turn left there,” she said, pointing to a dirt road ahead.
“But, baby, we have reservations.”
“Please,” the woman pleaded, on the verge of crying. “Oh, please.

I want to show you my home.”
The newly wed husband was curious. He had never been invited to
meet her parents. All he knew was that she was an only child.
“All right,” he said, looking at his watch.
Two miles down the backcountry road, they came upon a small
lake. A loon was swimming on the far side, and the sun was just above
the treetops. It would be dark soon. The man recognized it as the place

where they had first met. He had been fishing when she stepped wet
and naked from the forest, explaining that she had been skinny-dipping

and something had carried off her clothes.
The woman stepped from the car. She stood before her husband, still

in his tuxedo, and slipped the long, white dress from her lithe brown
body. She walked to the edge of the lake and turned around, motioning

for the man to follow. Then, she dived into the cold, dark water. When she

She had left the lake to find a mate.

She floated close, effortless, watching, waiting.
The man stood on the shore until it was dark, until stars began to shine

and the moon floated on the black surface of the lake like a white lily pad,

until everything he knew became like the night and he stepped, naked, into

Published in the University of Alaska Fairbanks Alumni Magazine.

Illustration by Laurence Vienneau, a former professor of art at UAF.